Lilly lives in a commune in the middle of the forest. She lights fires, saws wood, hammers nails and plays in the mud, along with her two brothers.

But circumstances prise Lily and her folks away from their home into a brick-built townhouse, far from nature.

Will she put down new roots, this little nine-year-old? 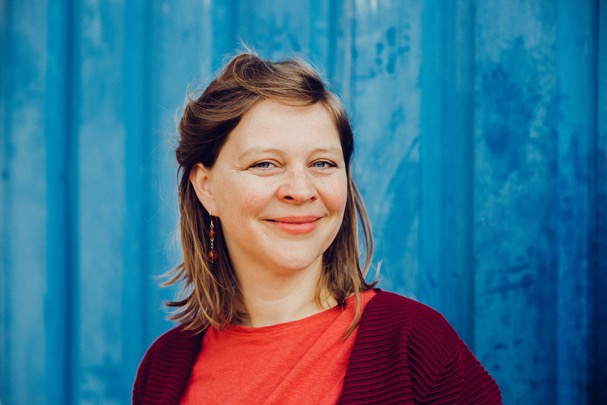 “The whole family still watches
my film every year or so,
because it’s such a nice memory for them!
It’s like going back in time for 15 minutes.”

I’m a documentary filmmaker, but I was not trained as a filmmaker. I studied language and culture studies at university and I specialised in film and television, which I really liked.

At a certain point, I realised: “Oh! It’s possible to study film, but it’s also possible to become a filmmaker!”. I started volunteering at a local television station, and I followed a technical course on shooting and editing. Then I made a 50-minute short documentary film in Venezuela, together with a friend Eva van Roekel who was living part-time there, back in 2009.

This first film was kind of like my ticket to get into Kids & Docs. It’s a specific workshop in the Netherlands to develop short documentary films about youth and youth audiences, organised by IDFA and Cinekid, a children’s film festival. It was during this workshop that I have developed “Wild Lilly”. 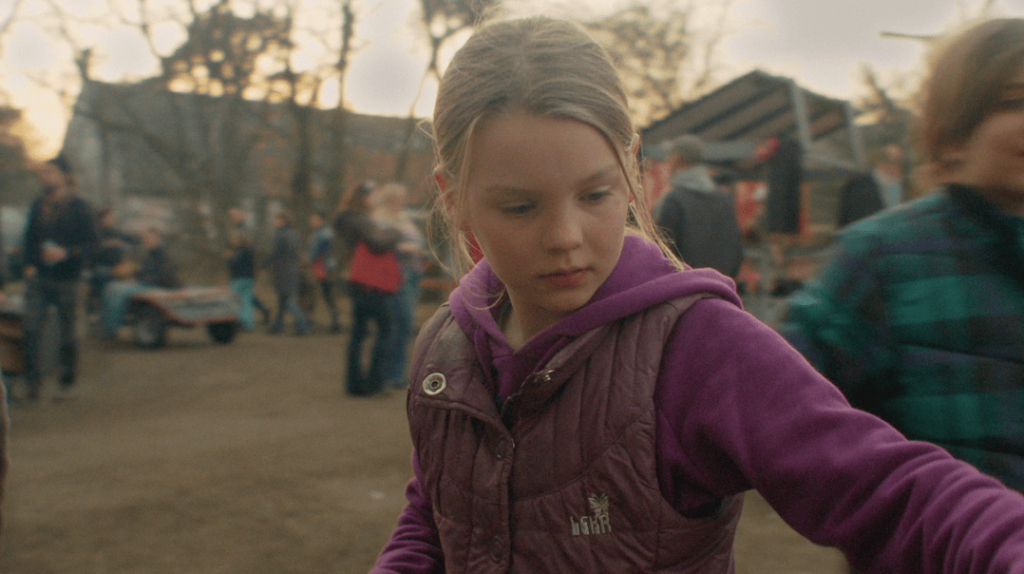 At that time, the squatting community was quite alive in the Netherlands, but the government was introducing a new law that would forbid squatting throughout the country.

It meant a lot of communities would simply disappear, and I thought that it was such a shame. There were a lot of families living in those places, and they would have to move.
I got in contact with a lot of people, and then I found this specific site in the woods, where I had never been before. I met several families who lived there, and I liked Lilly’s family the best. She was 9-years-old, the perfect age at which she could really reflect on her situation.

The destruction was to take place in a very short time, so everything went very fast.

I told her that I wanted to make a portrait of their way of living. To show how they had lived there in the woods for all this time, and to show the change her family was about to face.

I think the film was also a really nice way for Maaike to capture the place where her children had been born, where they grew up and where they had a lot of memories.

When you told me about this interview, I thought I might give Maaike a call, because it had been a while since we talked. I called her yesterday and she said that the whole family still watches my film every year or so, because it’s such a nice memory for them! It’s like going back in time for 15 minutes, and I think Maaike saw that from the very beginning. She had understood that someday in the future, they would watch it together, as a way to remember this moment that marked their childhood. 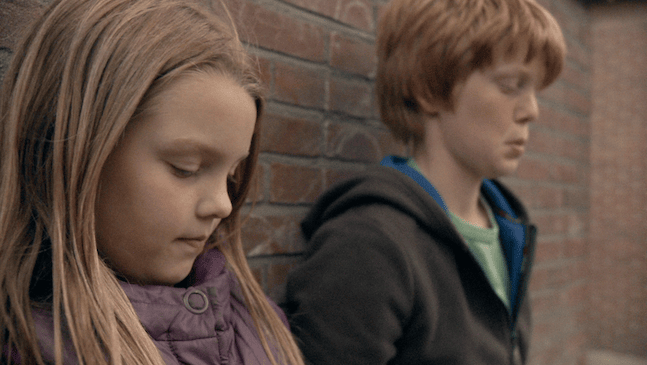 “There’s always a strange relationship
between a filmmaker and the “main character”.
Something special.”

The most important thing is to capture the reality at a child’s level. The camera shouldn’t look down on them, you should stay at the same level as them.

The other particularity is to keep the camera handheld to be in keeping with the liveliness of children, who are always on the move. I wanted to have a very lively filming when kids are playing in the woods and in the streets, and a more strict camera style, when the kids arrive in their new house, when they look bored and sad, encaptured within all the bricks.

Also, if you interview an adult, it can last an hour or even an hour and a half. But with a child, it is difficult to exceed 20 minutes or half an hour!

It really depends on the topic. If you make a film about a child that is going through serious problems, like illness, blindness or autism, I think it would be completely different and so much harder.

I have made three youth documentary films and one about teenagers. They all have something in common: they really are about freedom, about the playfulness and the inventive minds of kids. That’s something I really like. 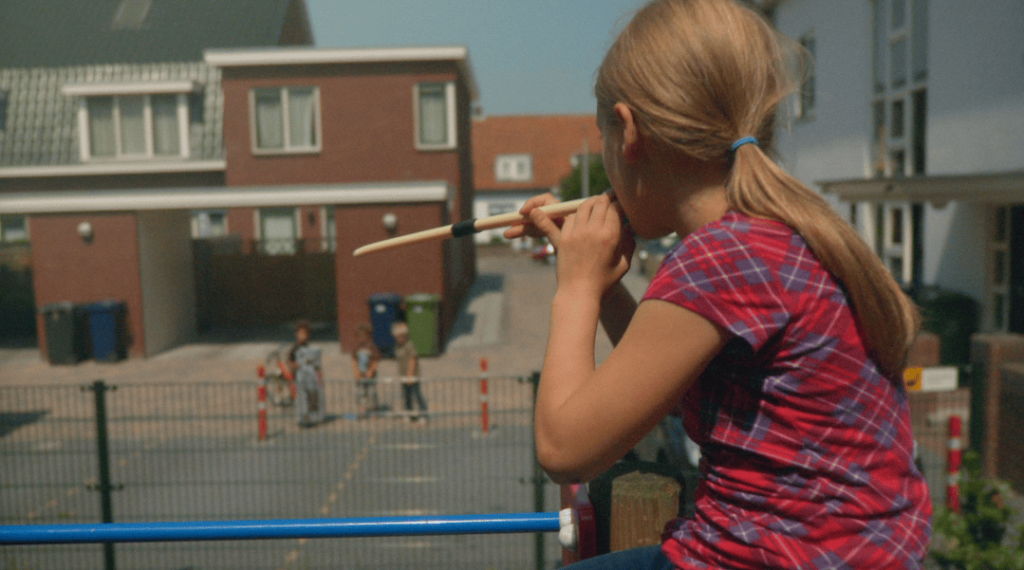 Lilly is 21! I am still in contact with her mother through Facebook or when there’s something happening to do with the film. I told him that the film would be on 99 for example, and she’s very enthusiastic about it.

She’s doing very well, and her brothers Melvin and Robbin are too. She’s a student now, and she’s still living with her mother. They don’t live in the house you see in the film any more. They live in another village, closer to nature.

I’m still in touch with a lot of people who appeared in my films, some of them are really close now. There’s always a strange relationship between a filmmaker and “subject”, the “main character”, if I may say so. Something special. 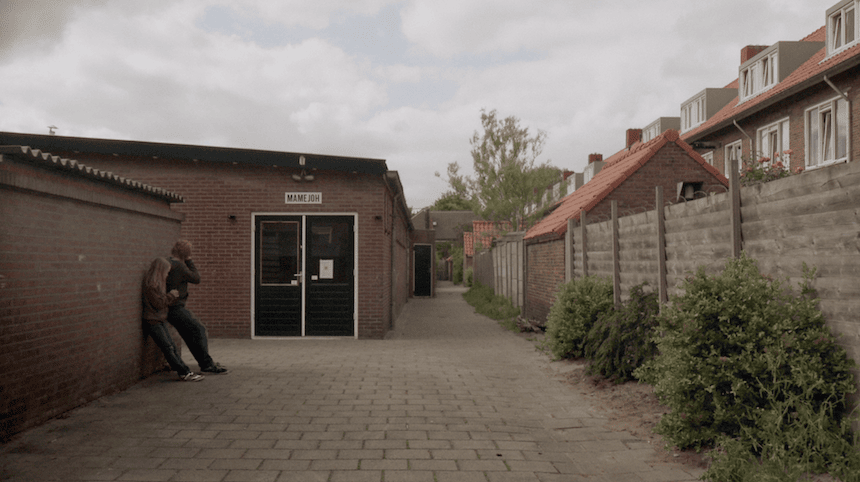 Well, first I survived the whole COVID crisis as a filmmaker by managing to make two films!

With 11 other filmmakers, I made a whole film behind my computer during the first lockdown, which was quite strange… It’s called “#Lockdocs”. We involved Dutch children all around the Netherlands, but also in other countries, who had to film themselves with smartphones. We also interviewed them through Zoom. The idea was to know how they were experiencing the lockdown.

I also made a 66-minute documentary film about the Dutch National Opera, called “Crazy Days”. How do you rehearse for an opera in the middle of a health crisis? Wearing masks, staying a metre and a half away from each other, fearing that the Opera house could be closed at any moment…

Now I’m working on a project I was working on before the corona crisis. It’s a film about volunteering in nature in the Netherlands. It will be like a mosaic, with a lot of people we follow through the seasons.

If a filmmaker uploads a film on Vimeo, anyone can watch it but…nobody will find it!

I think it’s great to have a curated platform such as 99, because people from other countries will be able to watch my film.