It’s a world where roundabouts are gripping, unusual mailboxes are hunted like prize game and the most commonplace becomes the most coveted.

Though many of us may pass by these parts of life in a flash, the Dull Men’s Club indulges the curiosity of what appears at first glance to be rather uninteresting to the average person.

The result is a mild-mannered film with a comic touch that makes you want to have a beer with the men who say their greatest accomplishment is: “Remaining dull in spite of the ever-increasing pressures from advertising, the media, and elsewhere to change.”

Somewhat paradoxically, what makes these men special is their attachment to the ordinary. 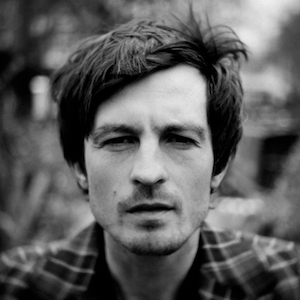 “I wanted it to look quite idyllicand postcard-like.”

I was doing some highly casual research about men’s hobbies as I had been thinking about a film based on that for a while. I stumbled across the Dull Men’s Club in an online article, so I sent Leland Carlson (assistant vice president) an email. Five minutes later he called me from America and we were on the phone for about an hour. Like most dull men, he’s a talker. I was beginning to think the call would never end…

The biggest challenge I can remember was trying to make everything happen while the sun was out – quite ambitious for a British film. Even though it was a tiny crew (just me, the cinematographer and sometimes my wife the reflector holder) I remember it being quite stressful to organise and we had to postpone quite a few shoot days at the last minute when the forecast was bad. We also did a lot of waiting around during the interviews while the sun went behind the clouds.

I wanted it to look quite idyllic and postcard-like: a Martin Parr-type England. On the whole, we were very lucky, but we left the final interview – with the brick collector – until September and had no choice but to plough on when it was very drab and slightly rainy. That one was up north as well – we can’t expect miracles. 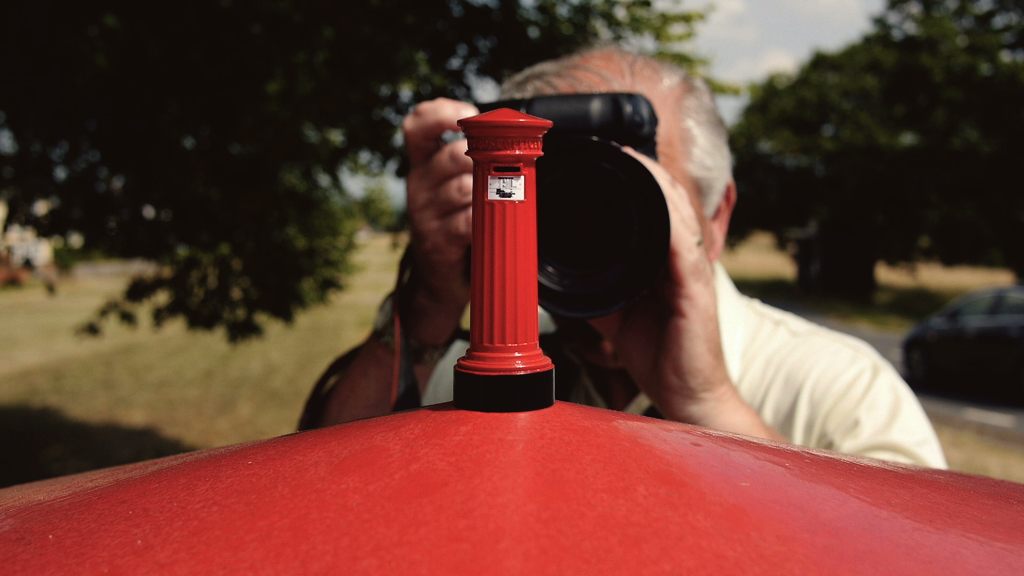 In most of my films I tend to try and create a sort of other-wordly, almost fantasy version of England. I don’t really know why, maybe to test if people believe it’s real.

I also like talking heads. I think they are quite unfashionable at the moment. But I think if they’re done in an interesting way, in a setting which adds to the character and overall feel of the film, they can feel totally right. Just these men sat in an obscure place – like on the roadside next to a postbox or on the middle of a roundabout – giving you an insight into their world, is interesting enough for me. I like the simplicity of it, so that’s how I decided to structure the film.

Josh Gaunt, who shot it, helped me a lot with the look of it, and decided he was going to shoot the whole thing with just two prime lenses – a big wide and a 45mm on a micro four thirds camera – and I think this consistency adds to its character.

“It’s almost a mini sub-culture,hidden away in the garden shedsof Great Britain.”

I suppose I wanted to celebrate ‘ordinariness’. These men just do their own thing, unashamedly, and there’s often a wry humour that comes with them, which is what appealed most to me. They are independent thinkers and they don’t care what anyone thinks. I admire that, so this film is me shaking them by the hand and saying: “I’m glad you exist.”

I’m going to make a sweeping generalisation now but I’ve also detected that men get more into things than women; they get more nerdy about things and are more likely to get obsessed with a certain subject. I’m not saying there aren’t dull female hobbyists out there too, but it’s definitely more a male trait than a female one. It’s almost a mini sub-culture, hidden away in the garden sheds of Great Britain. I wanted to make a film that tapped into this observation.

Occasionally I still send Kevin pictures of roundabouts if I stumble across a good one he might not have discovered. I also still speak with Leland very regularly and we meet up when we can. He’s since had a book published and after the film we worked on a Dull Men’s Club calendar together. Leland always has a project up his sleeve. He’s also a prolific emailer – I sometimes get a flurry of about 5 or 6 at the same time. He thinks aloud via emails. We’re currently looking for funding for a feature-length film so hopefully we will be launching a crowd-funder soon.

Myself and Josh have shot a short film about another dull man we came across while photographing the calendar – a ‘drainspotter’ from Cumbria. His job is cleaning out drain covers and keeping roadsides clear. However, that’s been in progress for about 4 years, which is all very embarrassing – I just haven’t had the time to finish it because like Born To Be Mild, I’m making it without funding in amongst my paying-the-bills freelance work.

There’s also one that we’ve just finished filming about an amateur archivist who had a collection of 2,500 DVDs and had never heard of YouTube or Netflix. But again, it’s sitting on the shelf because of a lack of funding. So if there are any potential backers out there, please help! (I apologise for using an exclamation mark – Dull Men don’t like exclamation marks, they’re too exciting.)

99 have been great to have on our side. They translated the film into 5 different languages which was incredibly useful and then they acted as a distributor, overseeing arrangements with people who wanted to licence clips from the film.

I am very grateful for all the extra exposure they brought us. The film was recently Doc of the Week on a French TV show, and that wouldn’t have happened without 99 and their subtitling.