Perched above the washbasin, the camera is filming. Jews, Arabs, and Christians, one after the other, have their hair shampooed.

Welcome to Fifi’s, a ladies’ hairdressers in Haifa, Israel.

In the time it takes for the film director to lather each client’s locks, they answer her questions: they are in her foamy hands. At Fifi’s, we enter an intimate ‘soap bubble’, because here, we can open our hearts.

And just a ‘heads up’: violence and politics are not booked in. 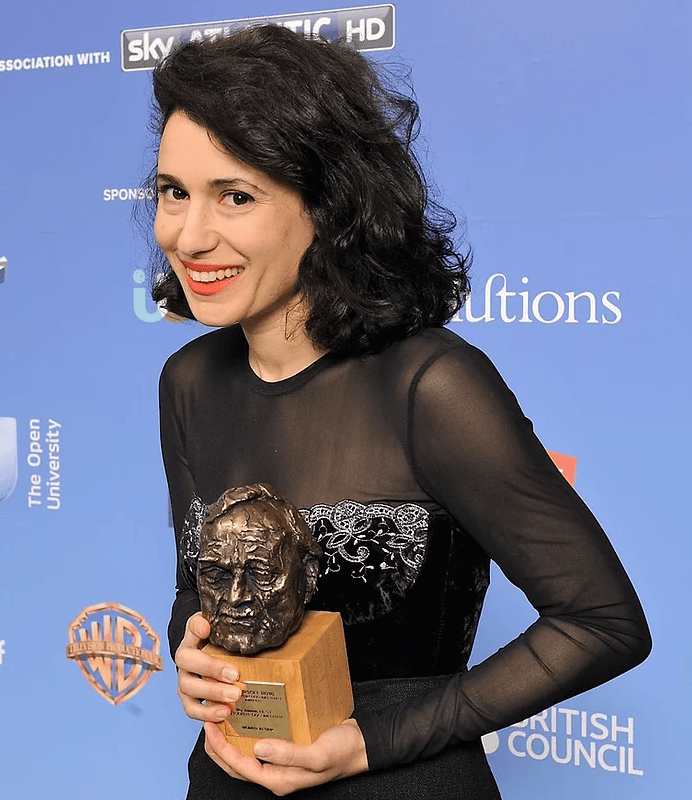 “Clients are very connected to the place,
this is the centre of their social life.
It’s like a bus station!”

I grew up as a Jew in Haifa, Israel. I didn’t know I was going to make films at all. It wasn’t my intention; it wasn’t the path I planned to take.

I studied media and communication, worked a bit at MTV and music channels, and then at some point, I left Tel Aviv – around the age of 31, I think – to go to London. There, I started to study documentary filmmaking.

For my PhD studies in London, I made a film called My Kosher Shifts in a Jewish hotel where I worked as a receptionist. The film is about the conversations I had with the guests. I didn’t want to bring any camera crew, or to be behind the camera myself, so I put a camera on a tripod and went back to being the receptionist. It started to be my own style of interviewing, which I later called “the abandoned camera”. It was then that I decided that this was what I wanted to keep doing.

And that was my ‘thing’ from then until now: I see my films as journeys to learn more about myself. I don’t find an interesting subject and decide “okay, I’m going to make a film about it and shoot it whilst interviewing people”. No. For me, there is always something that I really want to explore, and it involves myself. 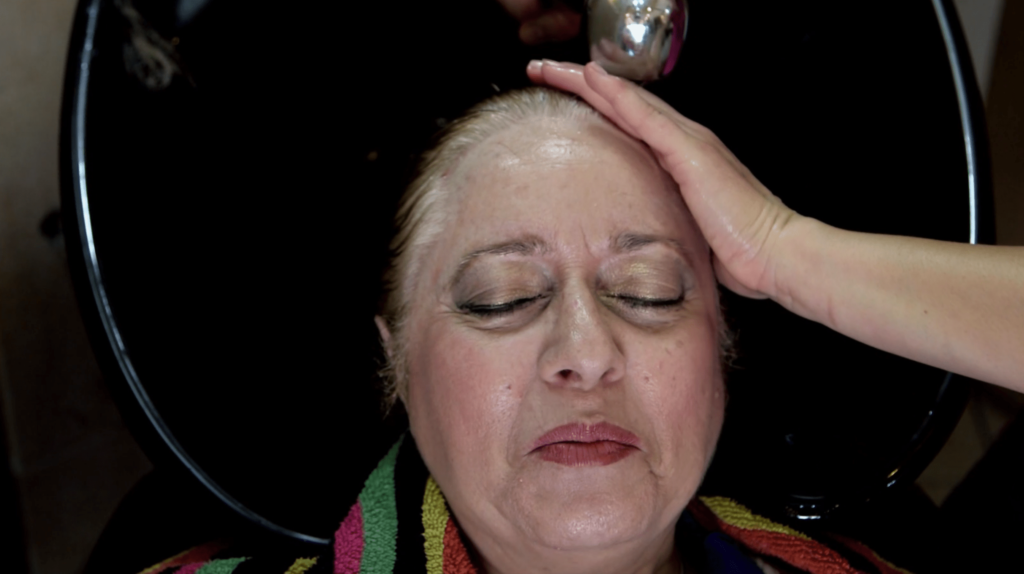 For my PhD, I wanted to explore this documentary technique, so basically, the idea for my second film was to see how it would work in a different environment, in a different place.

I still wanted to find a job somewhere, because I believe that if I am a regular employee at a workplace, I have a function there, I’m not just making a film. My aim is to provide a service, and along the way, there will be conversations, organic ones, that spring from chance encounters, without the need to prepare questions.

I decided to make my second film in Haifa, my hometown, and I wanted to explore the Arab community, because I didn’t have any connections with them at all.

I didn’t want a hotel with a front desk. I was looking for a different kind of business, one with a physical connection; then I thought about a hair salon and being a shampoo girl. I thought to myself: “that’s a very cool idea, no one has done that before but… how the hell am I going to do it?”.

I did a little tour in the Wadi Nisnas neighbourhood and someone told me about Fifi’s hair salon: the following day, I went there. I was very shy, I was very apologetic about being in front of their faces all the time, but they were very nice and open to the idea.

This place was exactly what I needed. It was very warm, very homey, and it had a lot of ‘traffic’. A lot of women go there for years, they really trust the hairdressers. Clients are very connected to the place, this is the centre of their social life. It’s like a bus station! 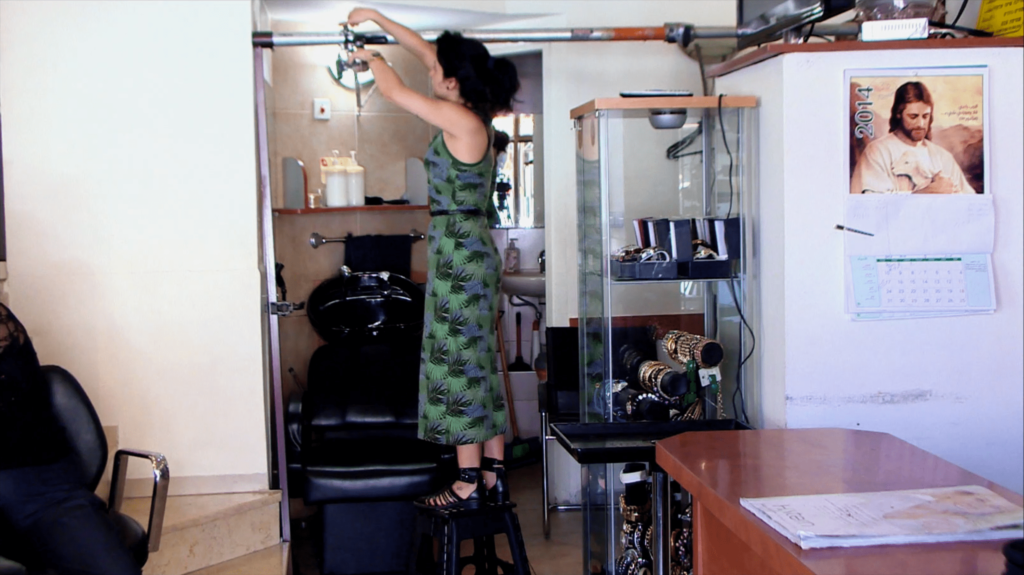 I had planned a tripod, but it didn’t work. I then fixed the camera every morning on a rig above the washbasin.

I told clients that it was just for university, maybe festivals. I did not try to seduce them into being filmed. If anything, it was the other way around! I was like, “you don’t have to”, but the hairdressers were full-on, trying to tell everyone “listen, this girl is such a sweet girl, she’s doing a PhD, we should help her”.

And because everyone really treats the hairdressers as family, they treated me like family. They didn’t suspect me, they trusted me.

“When you peel back some layers,
you see that people just want to live their lives. ”

It was a challenge, because when I started I was very worried! It’s very hard to get it right: is it too cold, or is it too hot? Not in the ears. Not in the eyes. You must be firm enough to shampoo effectively, but not too firm. And you always have a queue of people waiting, so it’s also very stressful!

But in the end, it all worked out, because you are occupied with an action, with something that you do. Talking is not our primary focus, so the words come out more easily; I’m doing something and they’re doing something. 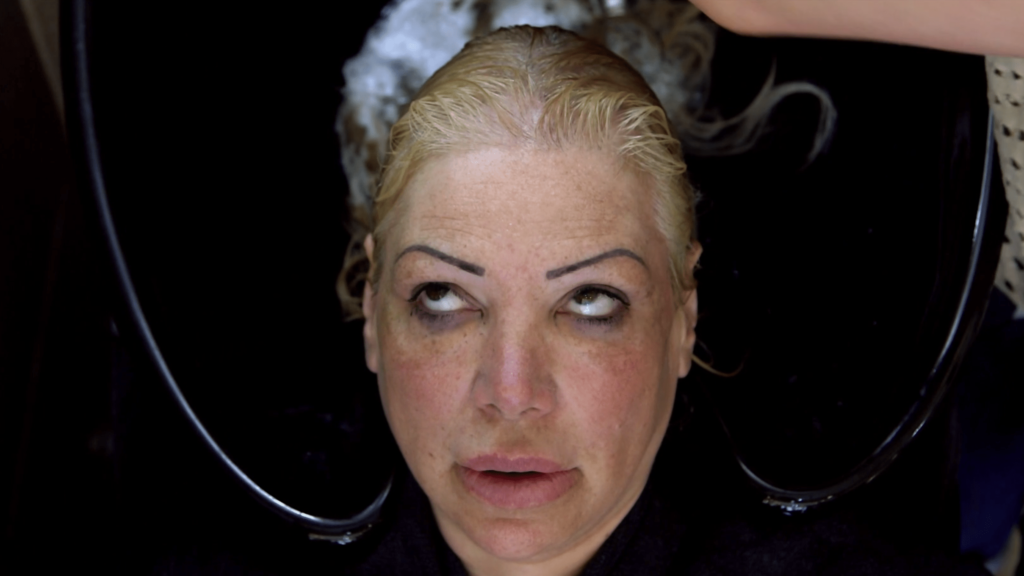 Clients absolutely don’t talk about politics in this hair salon. They talk about everything except politics. They talk about diets, holidays, men problems, their children, everything, but not politics. It’s like the elephant in the room in a way, because this is something that separates communities there. I was frustrated because I wanted to show the tension, but I ended up showing the subtext.

I allowed the political theme to creep in. For example, I had someone asking me “so, why are you making a film here?” I said “I’m a Jew, I grew up here, this is an Arab hair salon and I never met any Arabs” (because, in Israel, you don’t meet Arabs), and that’s already a political statement.

But I didn’t say anything like “okay, let’s talk today about the occupation!”. Things sprang up organically. My nature also influenced this; I am very outspoken, in-your-face. I don’t hold back, so I did raise difficult subjects, but I think I would have raised them even if there was not a camera there.

This tiny film could have been shot anywhere. It’s universal because it is about a community that is made up of differences, yet a community of connection. It is an example of how, within a very disturbing reality, when you peel back some layers, you see that people just want to live their lives.

Around the world, a lot of people are interested in what’s going on in Israel. In a way, they think they know what’s going on here, but it’s just like a very big painting; only when you come closer do you see some detail.

There is a very problematic situation in Israel, there is an occupation going on, a very sad, tragic reality for the Arabs, but I think that by revealing much more delicate, subtle layers of connection between people, we can actually help to progress towards a better understanding of the situation. 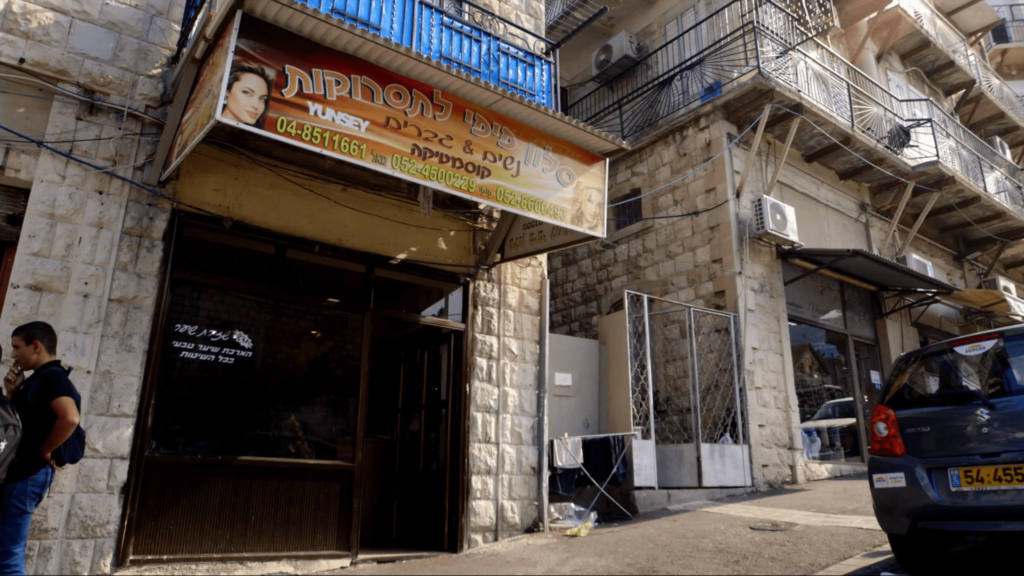 My new project is called “Egypt, a love song”. It’s about the love story of my grandparents.

My grandmother was a popular Jewish Arabic singer from Egypt. She married a Muslim musician with whom she had a son, my father. It’s about my identity – in a very direct way this time – being a quarter Muslim Arab.

I ended up using the “abandoned camera” technique, and this time, it’s only me and my father talking. Of course, there is also a crew with me, but they installed everything before leaving the two of us alone, and recorded everything remotely. The cameras are fixed, no one touches the tripods, no zooms, everything is fixed. They are not working around us, this allows us to have privacy, intimacy – as much as one can in front of a rolling camera – but psychologically, it makes a difference not to see people standing, staring at you. 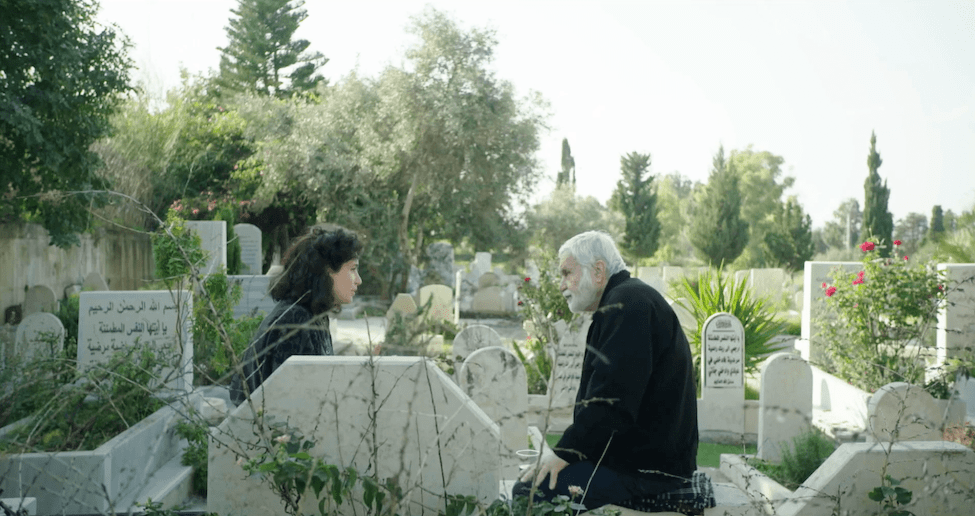 I love it! Because, essentially, I believe that language is a barrier. And for people for whom English is not their first language – even if they do understand it – reading English subtitles keeps them at a distance from what they’re watching. In short, when you read things in your own language, your mind, and your heart, are more receptive to the content.

Language is something that really connects. I wish that in Israel, as a Jew, I would have learned Arabic and spoken Arabic. For me, hearing that my film is going to be translated into Arabic really, really warms my heart.