Wearing his armour (wig like a mushroom cloud, mauve make-up, sequin dress), you wouldn’t recognize Matthew. He built this persona to battle the stigma surrounding HIV; it’s so strong in Northern Ireland that he created an alter-ego to survive.

“Becoming Cherrie” is a ten-minute film in which he tells the story of how he became HIV positive, sank into despair, and yet managed to rise again, in spite of blistering abuse from people around him: knife-twisting, burn-in-hell condemnation.

A shining star of the Belfast drag scene, Matthew’s loving parents always go to his Sunday show, just after church.

Funded by Northern Ireland Screen
Special thanks to the Digital Arts Studios, Belfast 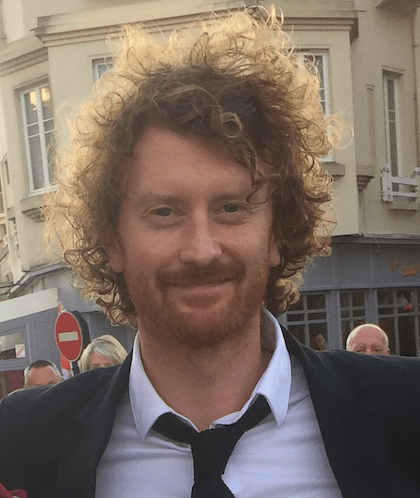 “I wanted to shoot
the entire transformation process,
with Matt/Cherrie looking
at the viewer directly,
as if he’s looking in the mirror.”

I’m a writer and director from Birr in Ireland, but I’ve been living and working in Belfast, Northern Ireland, for the past seven years. I began my career as a visual artist, I studied Fine Art in Galway and Chelsea College of Art, London, but over the years I’ve migrated more towards filmmaking.

I was interested in making a film about HIV because of how radically things have changed with the massive medical advances in terms of treatment, where you can now live a full and healthy life. HIV is no longer the big scary illness it once was, these days it’s a very manageable condition. But yet the public’s perception is still firmly rooted in the past, particularly in this part of the world, and so there is still a massive amount of stigma around HIV. When people think of HIV they still have all these grim images from the 1980s of what that means, but the reality today is really quite different. And so I wanted to tell that story.

Matt is the only openly HIV positive person living in Northern Ireland, which is incredibly brave, plus he’s a natural performer, so I knew he’d be brilliant in a film! And his story is even more interesting because he comes from a religious background – and as he tells us in the film – he was told to sit at the back of the church by the minister, and faced all sorts of terrible prejudice growing up. But luckily his parents, Kathy and Terry, are both totally amazing people and incredibly supportive, and they have been on this journey with him every step of the way. 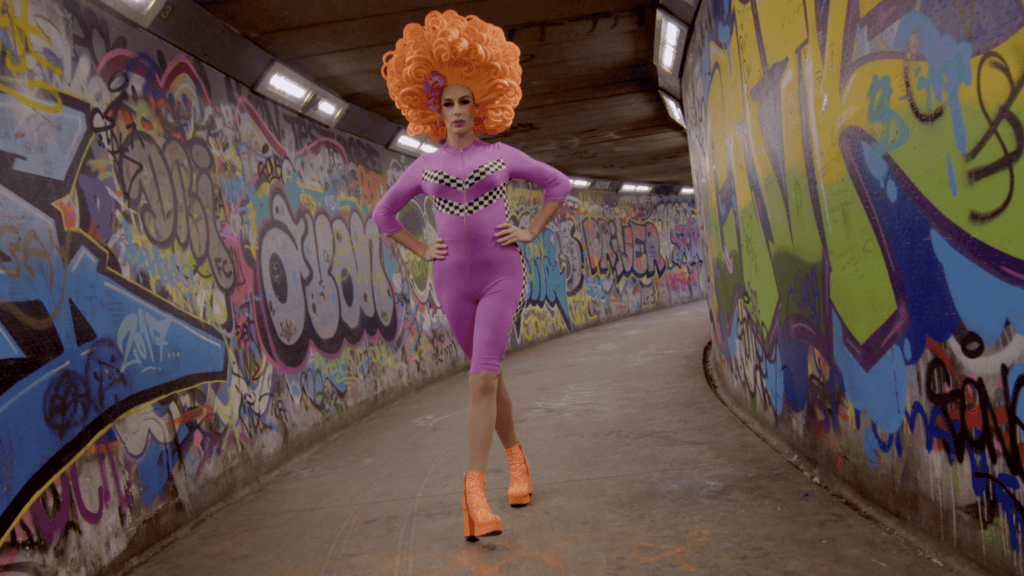 I wanted to shoot the entire transformation process, with Matt/Cherrie looking at the viewer directly, as if he’s looking in the mirror. Jenny Atcheson, our brilliant DOP, had an EyeDirect camera set-up to allow Matt to stare directly into the lens, but it acts as a mirror for him to apply his make-up. So he starts the film as Matt, and he ends as Cherrie, all while looking straight at us!

I wanted to shoot in extreme close-up for when Cherrie is spitting that horrible abuse at the viewer. All of that abuse is stuff that Matt actually received himself, vicious online trolling. Matt sent me screenshots, and I decided to adapt it into a script for Cherrie to perform to camera.

I think it’s very easy to send really nasty abuse from the protection of a smartphone, the keyboard warrior type thing. But when you have somebody right up in your face spitting those same words at you, it’s very powerful and quite disturbing. And I think people need to realise that it’s all the same thing, those words have the same devastating effect on somebody, and just because it’s online, doesn’t make it any easier to cope with. People need to be aware of the power of their words, even if they type them on a smartphone.

In terms of the interview with his parents, I had always imagined (and planned) that Matt’s mother, Kathy, would be our interviewee, but as it transpired, on the day we were scheduled to shoot that particular piece she wasn’t available. So we interviewed Matt’s dad instead, Terry, who’d never spoken about Matt’s diagnosis before… and as you can see in the film, he stole the show completely, he was brilliant! So then the following year when it came to shooting our BBC doc about Matt’s story, there was this very funny rivalry going on between Matt’s parents over who would be the best on screen! 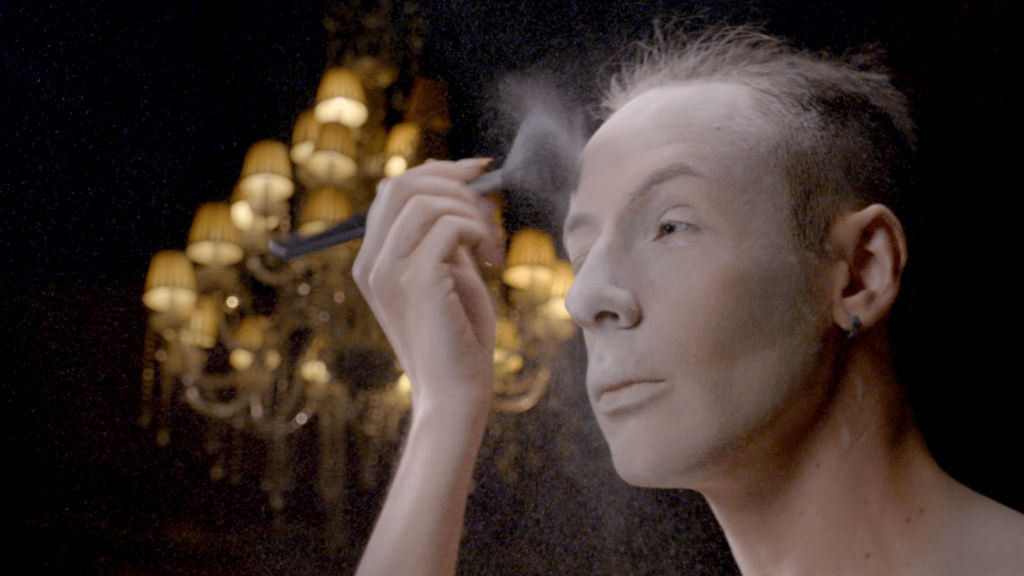 “I have nothing but admiration for him.
He didn’t have to share his story.
But he did to be a shining light
to anyone else who was suffering.”

The film was played in such far-flung places like Korea and Brazil, which is amazing that people everywhere could connect to Matt’s story. I think it’s a local story but a familiar narrative anywhere in the world, and Matt is such a warm, likeable guy that he’s very easy to connect with, and his charisma really shines through the screen at the viewer.

I was totally delighted the film was so well received, and seen in so many countries, at so many different festivals. And we got to go to a few festivals too, the highlight being Cherrie and myself strutting down the red carpet in Dinard. 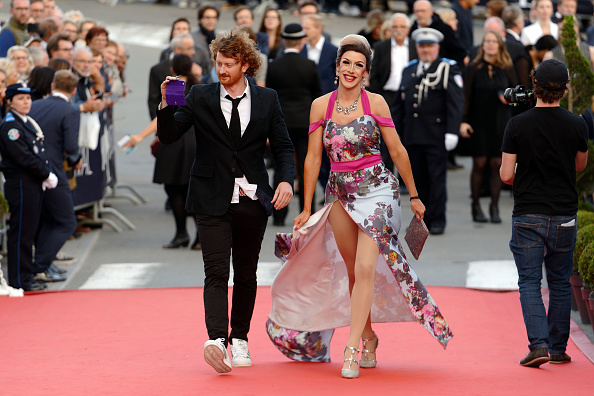 We have a political party here called the DUP who are a conservative Christian party responsible for a whole load of hateful homophobic rhetoric, and unfortunately they are part of government up here, and have a lot of power and influence. Ironically, they are a unionist party, so they want Northern Ireland to remain part of the UK, but yet they don’t want the same laws as the rest of the UK, when it comes to marriage equality and abortion! They are the political wing of the 16th century!

But art is a powerful tool of protest. There’s a theatre group called The Belfast Ensemble, which Matt is one of the core members of, who did an opera last year called “Abomination“, by the enigma that is Conor Mitchell, which took all of the homophobic statements made by the DUP, and put them to music, verbatim. So you had this combination of really beautiful music, with really hateful lyrics, highlighting the power of language when used irresponsibly by politicians.

I made a documentary following the creation of the opera, from the first days of rehearsals in a church in Belfast, right through to the sold-out performances in the Lyric Theatre. The show went on to get a 5-star review from The Guardian, and was listed as one of The Observer’s ‘Top 10 Classical Music Performances of 2019’.

But during the filming process, the most amazing thing that happened from a filmmaker’s perspective – completely by chance – was that the legislation for marriage equality passed into law, half-way through the rehearsal process for the opera, and there were big protests and celebrations outside Stormont, the seat of government. So the film documentary not just the creation of the opera, but the historic moment of change in Northern Ireland too. And as a result of the marriage equality bill passing into law, by the time the show was ready, there was a real sense of celebration, of hope, as things were really beginning to change for the better in Northern Ireland. 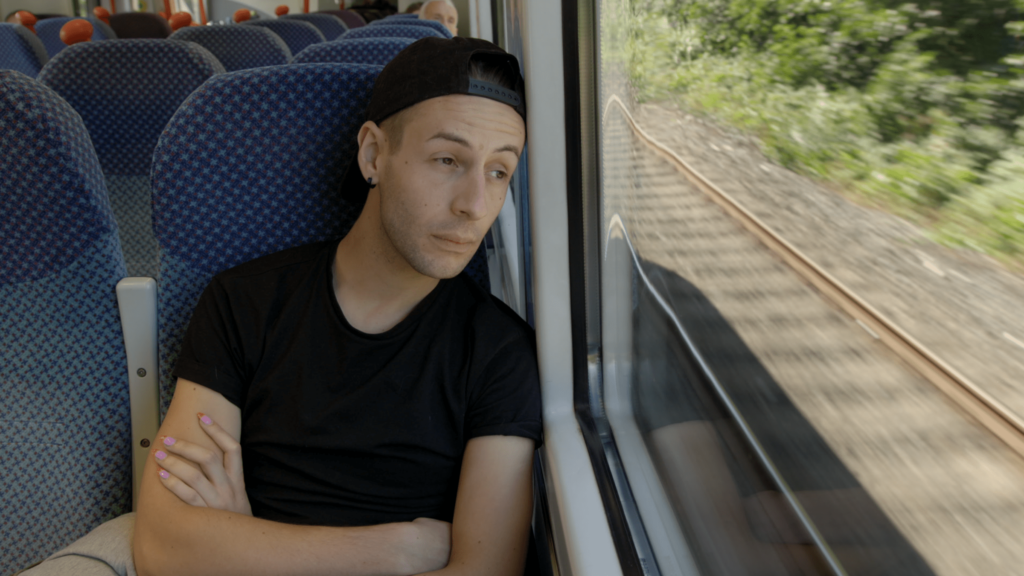 It’s been a tough time for Cherrie Ontop, as all her cabaret shows have been cancelled with the COVID restrictions. Matt’s a fantastic singer and performer, both as himself and as Cherrie Ontop, and has a weekly residency in a cabaret club in Belfast, but unfortunately it looks like it’ll be a while before we’re in a position to have live shows again. But he’s been busy with other work with the Belfast Ensemble, we filmed a few shows during lockdown which were live-streamed.

But apart from this COVID fiasco he’s great, he’s a real role model for a lot of people in Northern Ireland. We did a BBC documentary last year called “Cherrie, Me & HIV“, so his story is really out there at the moment, more so than ever before.

I have nothing but admiration for him, he didn’t have to share his story with the world, he could’ve kept it private. But he did to help other people, to be a shining light to anyone else who was suffering, and it’s come at a cost for him. There’s a lot of really nasty people out there, and unfortunately, they all have smartphones. 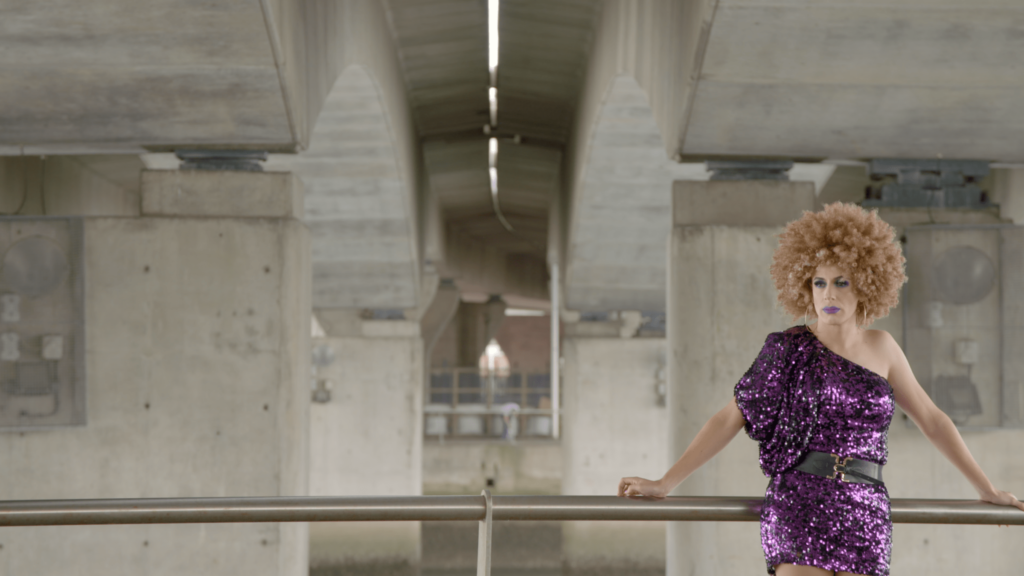 We have just finished a comedy short called “Gone Viral“, which I wrote and directed, which was produced by Raymond Lau of Green Dragon Media, funded by Northern Ireland Screen. It’s about a middle-aged man desperate to go viral on social media during the COVID pandemic, locked-down in his house with his wife in Northern Ireland. I wrote it during the first lockdown, around Easter time, and then we were lucky enough to be able to shoot it in one of the brief windows between the various lockdowns, and now we are working on turning it into a series.
I also have a few new documentary projects in development, so hopefully the world gets back to normal as soon as possible, and we can get back to making films!
It’s really an amazing opportunity to give “Becoming Cherrie” a new lease of life. Our festival run was mostly confined to English-speaking territories, so 99 gives us a fantastic chance to spread Matt’s message to people who wouldn’t have otherwise heard it.

Maybe somebody who really needs to hear Matt’s story will get to see it, and find some hope, a little bit of light. And from a filmmaker’s point of view, it’s always great to have as wide an audience as possible for your work, so I’m absolutely thrilled to have the film translated into seven languages!