What does it take to become a prima ballerina?

In this intimate film, we follow Olga Smirnova, a rising star at the prestigious Bolshoi Theatre in Moscow. It’s a story about the gruelling dedication and sacrifices a young ballerina makes to see her dreams come to fruition.

You’re inside Smirnova’s world, consumed with rehearsals and little time to breathe. Running on all cylinders, you witness her unwavering work ethic – dancing from dusk until dawn – and the lonely existence she leads, as a result. But she doesn’t seem to mind. She’s living her dream. 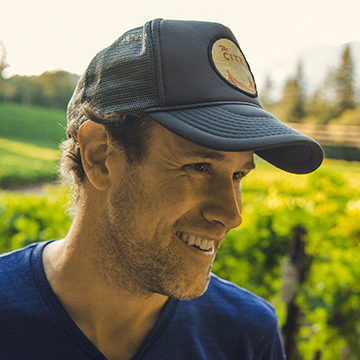 “I was focused on showingthe quiet intensity, concentration,and also some of the lonelinessthat she experiences.”

I was shooting a corporate film in Russia and came up with the idea. My local Russian producer reached out to the Bolshoi to gain access. We met them one time over coffee, and then they gave us exceptional access to Olga in and around the Bolshoi theatre.

We were completely dependent on Olga’s schedule, which is very, very strict. Down to the minute for some things. We shot for a couple of hours on two consecutive days, so we had a chance to do something again the following day if we liked it the first time.

I suppose I would describe my style as cinematic naturalism. It’s probably a cliche, but I like to use the fluidity of the camera, with lighting and composition, to help tell the story, instead of just relying on filming content in a reality-show fashion. I wanted to get into her head a little bit, without judgement. I knew I didn’t want to use a lot of narration, so I was focused on showing the quiet intensity, concentration, and also some of the loneliness that she experiences.

I’m currently developing three projects. There are two narrative films based on scripts I wrote. One is currently casting, while the other has just won a couple of screenwriting awards. I’m also developing an episodic series on the impact of Blockchain technology, using real-world use cases that show a profound quality-of-life benefit.

I’m really impressed with the beautiful design and thoughtful curation of films. I think it’s a great outlet for exceptional short form content.